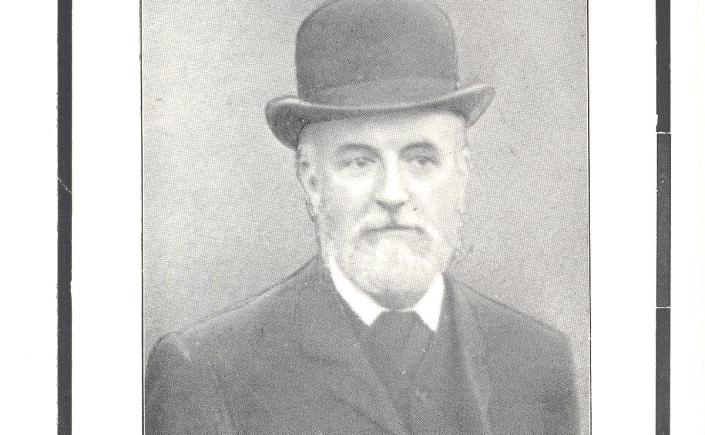 JND233/5 (Please quote this number if requesting this item)

From this Programme and Handbook, printed on thick paper with a (faded) maroon cover with gold lettering, we gain an insight into Bradford Technical College (now just ‘Bradford College’) putting on a show for the public. And some show it was too! Here, at the turn of the century, we sense a vibrant and confident Bradford.

On the Thursday evening there was a ‘conversazione’, a cultural celebration. The Opening Address was given by the President of the Bradford Scientific Association, Mr E. Naylor, there were songs and a violin solo, and two Lecturettes, one on Glacial Geology (with lantern slides) and the other on Colour Photography (illustrated by a photochromescopic lantern). On the following evening there were four songs (‘I was dreaming’, ‘The Sailor’s Grave’, ‘The River of Years’, and ‘Songs of Araby’) and two Lecturettes, one on Faraday’s Electro-Magnetic Discoveries, and the other on Aresenical Poisoning.

Throughout the two days there were Demonstrations, which included:

There was a Children’s Corner where there were Experiments with Gyroscope and Soap Bubbles, and other eye-catching activities. Among the many Microscope shows were the magnifications of insects’ eyes, frog skin and the foot of a spider.

The Conversaziones were held in the evenings and the programme notes that ‘Morning Dress was to be worn’. Morning Dress is not something seen at Bradford College these days! Nor photochromescopic lanterns for that matter! But as an insight into the development of science in Bradford at the beginning of the twentieth century, this programme is hugely impressive.