Ilkley Library was the venue for the launch of a new book by local author and historian Mark Hunnebell. 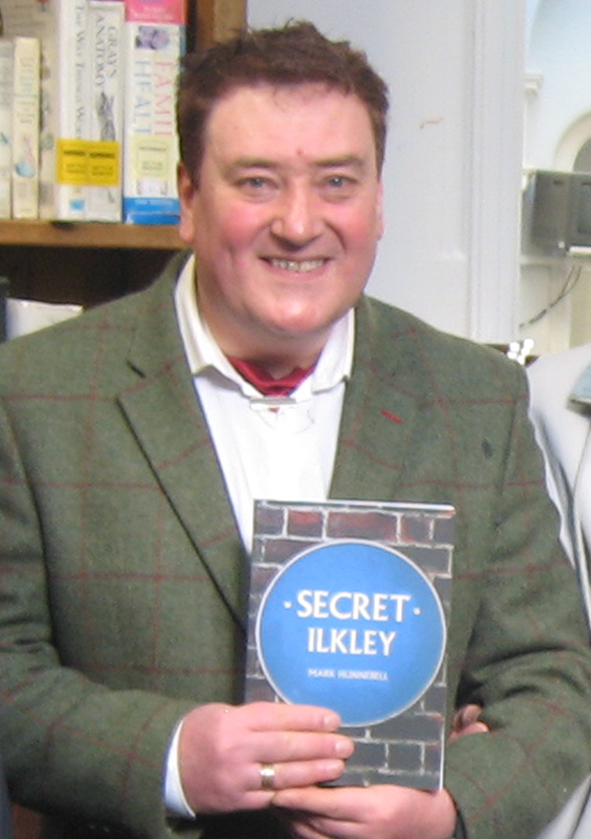 Secret Ilkley goes behind the façades of the familiar to discover the lesser-known aspects of the Ilkley’s long and illustrious past.

The inspiration for this book originally came from an information card available for visitors to White Wells in the 1950’s. The card was produced by the Ilkley Gazette office and provided a useful guide to some of the prominent features that could be seen in the valley from White Wells on the moors above the town.

Mark writes in his introduction:

‘This book is a record of many of the developments and changes that occurred in Ilkley during the second half of the nineteenth and throughout the twentieth century, much of the information being sourced from efforts to compile an index of the Ilkley Gazette for my own interest in local history. Many of the articles referred to have not seen the light of day since their original publication and the details simply lost or forgotten. I am grateful that the Ilkley Library holds old copies of the local newspapers.”

In the book, Mark takes the reader on an enlightening and entertaining journey through the past, delving beneath the surface to reveal dark deeds and strange tales with long-forgotten facts and amusing stories. This book lifts the lid on the hidden secrets that even most local people don’t know.

Supporting Mark at the book launch were his parents Edwin and Margaret Hunnebell and his partner Joanne Everall. Also there was Sally Gunton who kindly supplied many images for the book. 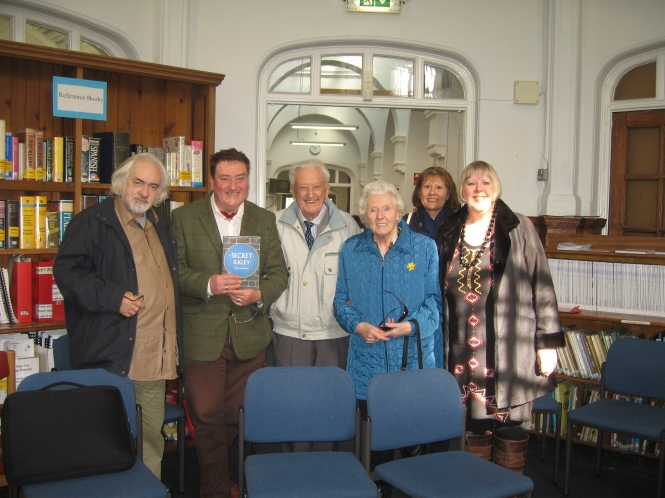 Mark said: “It was very well attended and was a pleasure to talk about “Secret Ilkley” to so many familiar faces. And thanks to everyone who bought a copy too!”